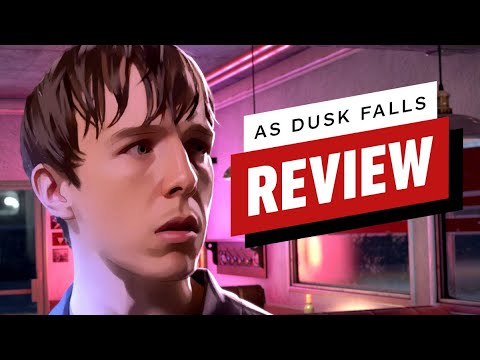 “As Dusk Falls is a masterwork of branching storytelling that makes the best out of its comic book-style animations, which end up giving you the opportunity to fill the negative space with your imagination – and this works surprisingly well during some of the more intense scenes. It’s an impressive solo experience, but its eight-player mode makes it a potential hit at family or friend gatherings where gamers and non-gamers mix. Its many possible choices, mixed with the emotional intensity of its expressive voice cast make it a great recommendation for fans of crime dramas like Breaking Bad and Fargo. Virtually no one is safe from the consequences of your actions, but even if you make a choice that results in an unwanted consequence, or mess up one of many simplistic quick-time events, the story can still manage to spiral out in several interesting directions that you won’t expect, even on subsequent playthroughs. That makes it a joy to approach again and again until you uncover each character’s secrets and mentally reconstruct the story’s bigger picture.”