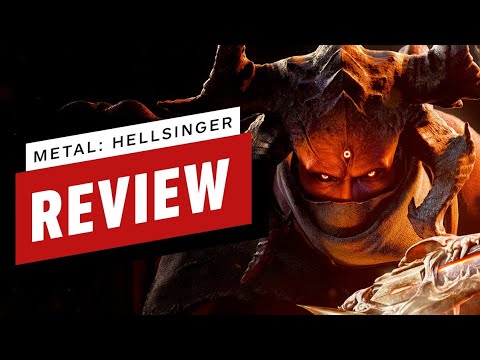 “Metal: Hellsinger is an enjoyably rhythmic riff on the metal-propelled mayhem of modern Doom, but its short length and modest variety in weapons and boss fights means it feels more like an energetic but unfinished collection of garage demos than a fully fleshed-out album. Hellraising high score-chasers will no doubt get the most mileage out of replaying the eight story missions, but it falls short of id Software’s heavy metal masterpiece when it comes to providing a truly meaty first-person shooter campaign, and the absence of any other major modes or multiplayer makes it feel a bit on the slim side when compared to similarly priced games. As a result, Metal: Hellsinger might not be the greatest demon-slaying shoot ’em up in the world, but it’s certainly a stirring tribute.”